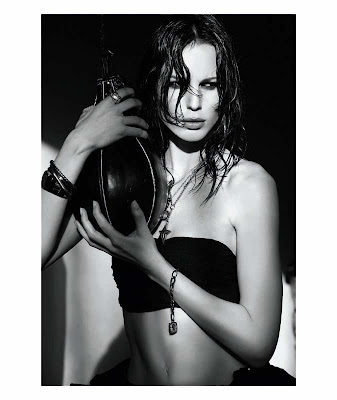 ...In the clearing stands a boxer, and a fighter by his trade,
and he carries the reminders
of every glove that laid him down or cut him 'till he cried out
in his anger and his shame..
I am leaving, I am leaving, but the fighter still remains...
from The Boxer by Simon & Garfunkel

The fashion spread was made as a hommage to Clint Eastwood's multiple Academy Award(tm) winning movie Million Dollar Baby.
Be sure to check out his latest masterpiece called Gran Torino... what a monumental movie!!!