Party at the Playboy Mansion? Even better - a movie premiere with Hef! 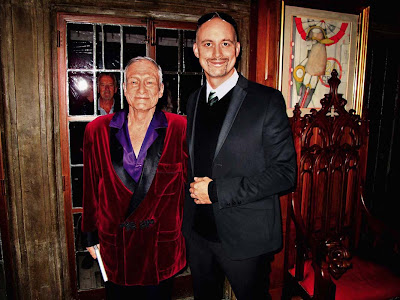 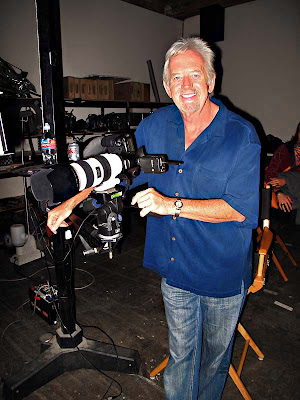 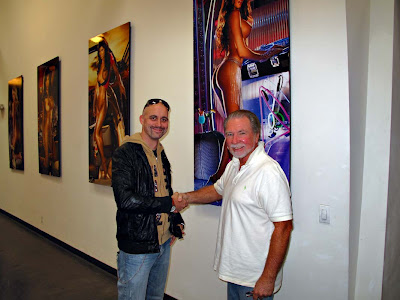 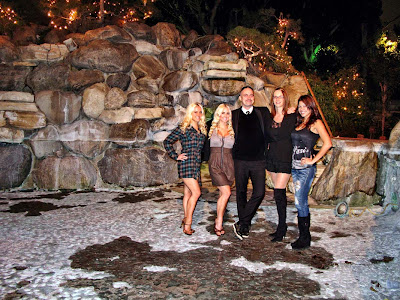 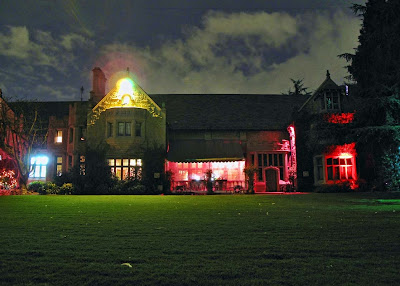 Well, December is sadly over and so is my visit to Beverly Hills' most intriguing 5-acre property - the Playboy Mansion West, located at 10236 Charing Cross Road up in LA's Holmby Hills, where I had the incredible honor to meet Mr. Hugh M. Hefner himself.

The visit started with a day at the Playboy Studios in Hollywood, where I spent the better part of the afternoon with Arny Freytag, the legend among Playboy photographers, shooting two gorgeous naked models seeking Hef's approval to be published in one of the forthcoming issues of Playboy. I also met Stephen Wayda, another legendary photographer and Stephanie Morris, who was kind enough to put everything in place for my visit.

The Sunday feature movie premiere at the Playboy Mansion is a great thing - Premiere magazine already wrote an extensive article about it. It happened EXACTLY as they described it, popcorn and all, oozing a truly relaxed atmosphere and with just 30 of Hef's closest friends attending. I spotted Jon Lovitz among the numerous girls, who were - sadly - almost fully dressed. Almost.

Arny Freytag showed me around the Mansion - the Redwood forest, the tropical Zoo, the monkey cages and - of course - the Grotto, which was sadly undergoing some sort of refurbishment and was thus without any water at all... The girls mingled in the Playhouse before the cocktails and as the hour stroke the man himself came down the stairs with his girlfriend Crystal and the Shannon twins.

They invited us to the sitting room, where, opposite the big fireplace, the debate started. Mary, Hef's long-time secretary, called everybody to the gothic projection room and the waiters brought the popcorn. The movie was "Orson Welles and me" starring Zac Efron and Claire Danes. Everybody was yelling with excitement when the talented Christian McKay opened his mouth and the movie was followed by the screening of Girls Next Door season finale.

It was indeed a visit to remember.