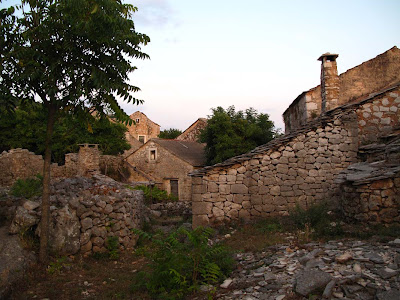 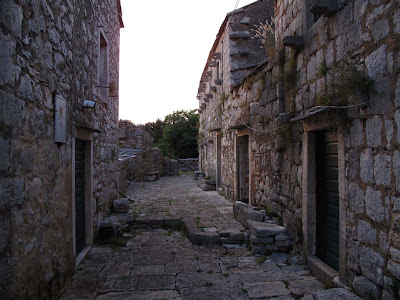 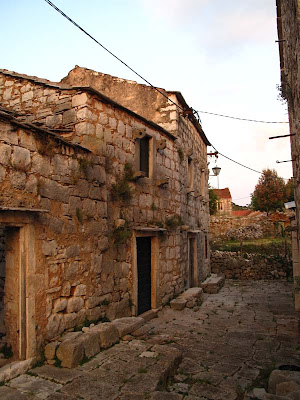 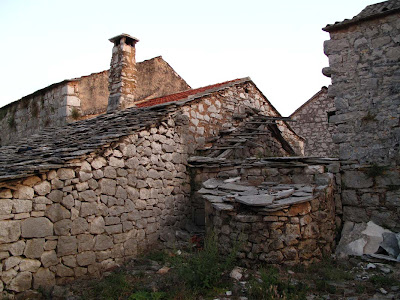 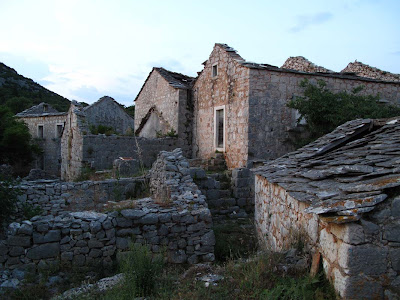 Since 6000BC there have been people here. Illyrians, Romans, pirates, you name it.
The village Nakovana was first mentioned in the 14th century and was apparently one of the most developed settlements on Pelješac after Ston. After being part of the Dubrovnik Republic, the Italian Fascists burned down the village and the Germans forced the population to seek refuge (this is rather interesting) in the Sahara Desert (in El Shatt, Egypt). Upon returning, very few resettled in the village and today there are only 4 people living in Donja Nakovana (its heyday saw as many as 270).

Ivan Lupis Vukić, the croatian inventor of the torpedo (really!) lived here and there are many people with the surname Lupis still living around the region. The attractive stone houses are quite well preserved and kept neat mostly because of an eager civil association called "Uzorna Nakovana". They are doing a fine job! Due to its great historic value the area is now a protected cultural and ecological zone, well signposted and tidy.

There is something mystical about this village. Trust me.
Labels: mystical travel