THE LIGHT GIANT – A Lens That Made History 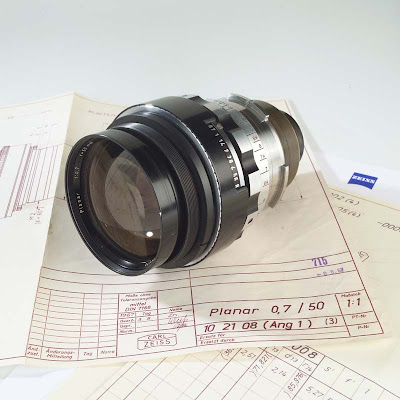 Everybody has heard of Canon's »dream« lens, the all-manual 50mm/f0.95, made for Canon rangefinder cameras. It is on the eternal wish list of many a photographer because of its amazing f-stop and the sheer notion of its ultra-wide-open capabilities. The performance of the lens is nothing special though, as many who fork out big bucks to get it realize when it is already too late (its autofocus cousin, the 50mm/f1.0, which sells for $3000+ on eBay these days, shared a similar performance glitch), but the irrational allure of owning a piece of glass on the boundaries of optical capabilities is nevertheless there.

But lo and behold, the f0.95 is not as fast as it gets. Several lenses from manufacturers such as Fuji, Kowa and Rodenstock venture way below the decimal point (as far as f0.75), but only one turbofast lens achieved Hollywood (and world) fame because of its speed – that was the Carl Zeiss Planar 50mm/f0.7... 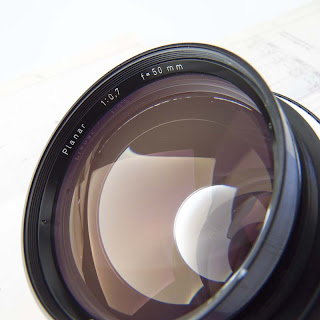 According to Marco Cavina (who wrote an extensive article about the Planar) the mastermind behind this lens was Dr. Erhard Glatzel, chief optical designer at Zeiss in Oberkochen. For his extremely complex calculations he used an IBM 7090, a giant supercomputer which back in the sixties filled an entire room and cost almost three million dollars. He made 4 prototypes of this lens before the final version was created. But not even Glatzel invented the design – it was based on a double-Gauss type calculation from the end of the 19th century. It got revived briefly in the late twenties and thirties (the latter by Kodak), but it was not until the first shots of the dark side of the moon were made by NASA (which was dissatisfied with the performance of the Angenieux 100mm/f1) that this lens got comissioned for production in Oberkochen.

There were supposedly only 10 copies ever made and six of them were sold to NASA. Stanley Kubrick, the legendary director and producer, soon found out about this amazing lens and pulled some strings to get it, fixing and adapting it for his Mitchell BNC camera to shoot his new movie called Barry Lyndon, a period drama starring Ryan O'Neal.

Ed DiGiuilio, the former president of Cinema Products Corporation, who was at the time also responsible for adapting the 20x Angenieux zoom 24-480mm for Kubrick's artistic narration in »A Clockwork Orange«, remembers in an article from American Cinematographer that he suggested filming Barry Lyndon's castle scenes with regular Superspeeds (who were at least 2 stops slower) and additional fill lights. Kubrick was not fond of the idea, because he wanted to »preserve the real feel and natural patina of those old castles«. He mounted the Planar 50mm/f0.7, lit up a bunch of triple-wicked candles (with flames that are three times larger and melt three times faster) and push-developed the whole film one stop to 200ASA to get the Rembrandt-esque feel he was after. The filming also had its directorial challenges – the slowness of the actors in the scenes is partly due to the requirements of not leaving the extremely shallow depth of focus. 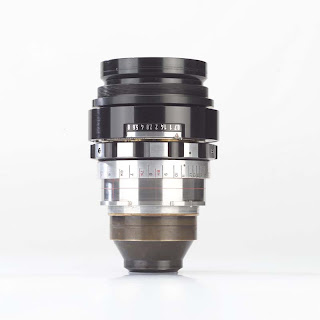 The movie Barry Lyndon was a box office flop, but the bold chiaroscuro castle scenes, lit only with candles, remain a pioneering cinematic achievement. According to Wikipedia there were several other movies shot with this lens, most notably "Schindler’s List", "Shakespeare in love" and "The English Patient", but none exploited the legendary wide open performance of this unique lens to the max. The Zeiss Planar 50mm/f0.7 (sometimes used by Kubrick with the additional Kollmorgen anamorphic attachment to get a wider angle of view) helped create some of the most amazing and unique imagery in motion picture history, but without »the man« behind the camera the Planar would remain just another special purpose built lens in the annals of optical oblivion. The lens popped up in a WestLicht Photographica auction not long ago with an opening bid of $11.300. I do not know if it sold, but if not – I'll have mine in EF mount please. 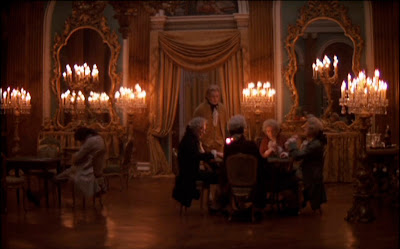