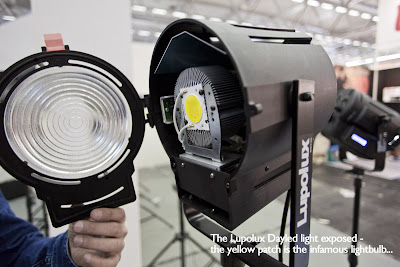 I have always been fascinated with available light. On most of my assignments outdoors I tried to use as much available light on my subjects as possible.  A good reflector or two helped enormously and my portable strobes were being left behind in the case almost all the time. I got tired of lugging the extra weight of heavy strobe batteries around because I could usually achieve the desired effect just by “carrying” the natural light onto my subject. 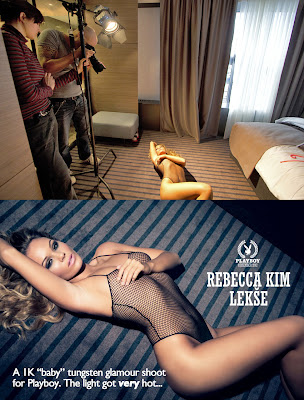 My Pelican case with strobes and batteries travelled to California, Bali, The Canary Islands, Egypt and Namibia, but was constantly left unopened (except by TSA). Strobes on location became a nuisance, a necessarry evil, something you needed to set up, balance and constantly reposition without immediatelly seeing the result and that, combined with constant testing, took away a lot of shooting and battery time. Large softboxes, umbrellas and beauty dishes were a hazard in breezy conditions because most of the time there were no assistants to hold them either. Strobes were also absolutely useless for any video work that required constant light. 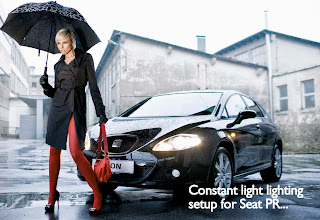 Good alternatives for field use were very hard to come by – neon lights are bulky and full of flicker, tungsten lights drain a lot of power and HMIs are waaay too expensive. So I searched and searched until I saw the latest batch of LED Fresnel lights from Lupolux, a family company based in Turin, Italy, at Photokina 2012. I inspected them thoroughly and a smile creeped on my face. Could these be the lights I was looking for? The specs looked really impressive… 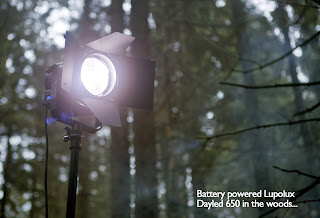 There are currently two models of daylight balanced LED lights from Lupolux, the Dayled 650 and the Dayled 1000, and the number relates to the equivalent output in Watts. The best part is – they only consume 50W and 90W (less than 10% of nominal output power) respectively, so you can easily power them through mains anywhere in the world (90V - 240V), or via the 14.8V DC input through a 4 pin built-in XLR plug. Think Anton Bauer or any other battery with ‘D-Tap to XLR’ adapter, or even a Flash Feeder portable battery unit. They are also flicker-free and dead silent for video and TV use and – my favorite part - daylight balanced at 5600K with pure, crispy white light and no yellow color cast. Hardly could one find a more suitable light for a variety of assignments in the field. 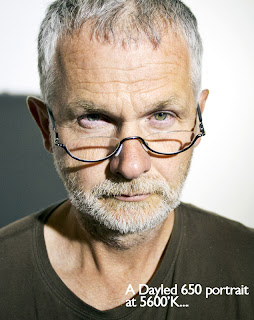 The output can be controlled through a DMX control box or manually - the lights are fully dimmable in 1-step increments from 1% to 100% via a backlit LCD display, keeping their color temperature constant throughout the output range. There is a true fresnel lens in front of the LED for even light distribution without hotspots and a flood/spot knob on the back of the unit which moves the LED forward and back inside the housing. Barn doors are attached and the housing is made of carbon fibre reinforced polymer which the makers claim will last a lifetime. These lights will not burn your hands after 30 minutes of use either – they do not even get warm. No more melting make-up on the models’ faces and dangerous popping lamps. The flat, square LED bulbs have a staggering 50.000 hour autonomy, but the Lupolux guys told me that, according to their testing, it is actually closer to 30.000 hours of lifetime. That is still 3.5 years of non-stop, 24h use – a truly remarkable feature for such a tiny light source. No need for warming up or cooling down either, just switch the Dayled unit on and instantly get the perfect working light. “Hot restrike” sounds sooo cool… 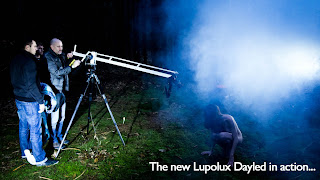 The prices of Lupolux Dayled LED units start at around $799 (plus tax) for the 650W model here in Europe. Remember, you get what you pay for and that is especially true in the photography & video world. The cheap Chinese knockoffs from eBay do not even come close to the Italian originals (but that’s coming also). The weight (5 lbs and up) and the compact size of the units make them ideal for photographic and video work in the studio and especially in the great outdoors and I personally think LEDs like these are going to shape the future of image making for years to come. 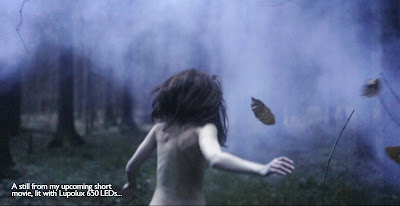 The author of this article is in no way associated with Lupolux slr. I never received any compensation from them, only a smile and a pat on the back at Photokina when I suggested the prices of the lights should be much lower.