"When you reach for the stars you may not quite get one, but you won’t come up with a handful of mud either."
Leo Burnett

I recently received a call from Votan Leo Burnett advertising agency, asking me if I would direct and DP the new TV commercial for Tuš Drogerija.
I have worked with Votan Leo Burnett many times in the past and our collaboration resulted in an award-winning Max Factor campaign a few years ago. They approached me to direct a Tuš project last year, a Tušmobil/Mingl TV + print campaign you can see here. 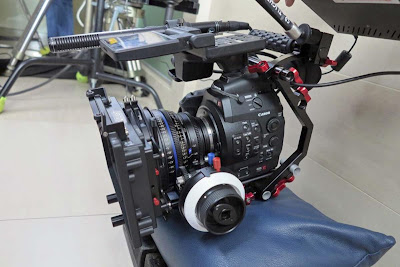 I love making things look good. I also enjoy working on projects where everyone adds their contribution to the final product. Having a good team on board is one of the most crucial things in production. A good team you trust always makes the workflow so much easier. If you are from the industry you'll know exactly what I mean. 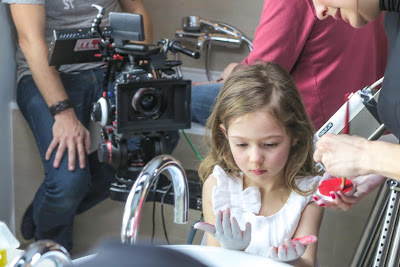 As always we did not have much time. The short deadline meant it was not smart to add confusion by coming up with hard to execute and unrealistic shooting ideas. In situations where you are pressed for time it is necessary to narrow down the number of choices you need to make. We had to keep it good but simple. Over the past 15 years working as a photographer it became my specialty. 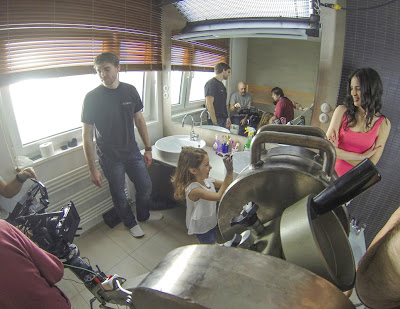 If you want a TV ad campaign to be effective, it's imperative that you plan carefully. Working closely with the agency meant we got the confirmed script and storyboard on our table. Our job was to put those words and layouts into a visual form. It's often not easy for an agency to find a good production team to deliver a vision of what the commercial should get across to the target audience, but working closely with all the people involved in the creative process helps to eliminate all the unknown variables that could distort the original idea. The agency's creative department did a great job and I cannot thank them enough for trusting me to execute their original idea. There are so many small fledgling productions out there in the field unable to translate the ideas into a final product, either because they lack skills and know-how or have no access to high-quality video equipment to boost the production value. 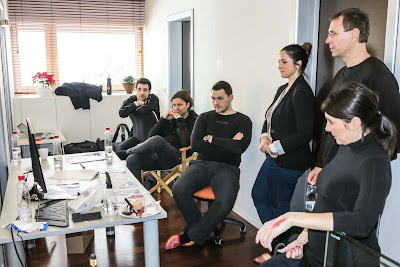 When you are shooting commercials and clients want the results delivered without excuses, only the best equipment will do. There is really no time to lose during a busy 12-hour schedule to mess with flimsy gear not built to professional standards. Don't forget - you get what you bargain for and you do not want to gamble while working on such an important job.
For this project we rented Arri M18's, Kino Flo 4B4Fs, Lupolux Daylight balanced LEDs and a bunch of small, soft light sources. Even though the final ad is mostly black and white, the products featured in it and all the "little things that color your life" had to be lit perfectly. I sketched the lighting diagram for the bathroom and we used a similar setup for the foyer. 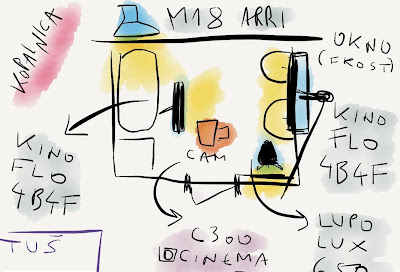 Regardless of what camera you use, your final product is only as good as the footage you recorded. Finding the right camera for this project was a no-brainer. The Cinema EOS C300 can capture 12 stops of dynamic range in Canon Log at 50Mbps and is considered one of the best low-light cameras in the industry. No wonder it was the most rented digital video camera in the UK in 2012. We needed the tender, intimate look with great picture quality and the C300's sensor delivered perfectly. We rented it from C300rent in Ljubljana. I used 4 Zeiss Compact Primes ranging from 25mm to 100mm and for shots against the light the use of an Arri 4x5.65" Matte Box was inevitable. The matte box snaps on the 114mm front barrel of the CP.2's and is supported by the rods, so no nun's knickers were needed. 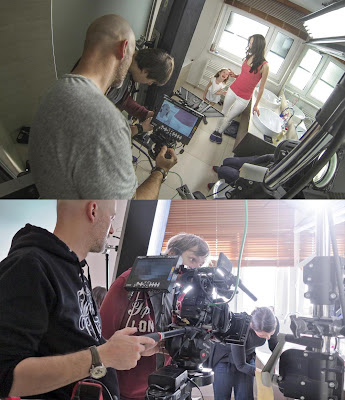 My preferred method of working the camera in small, confined spaces and interiors is from a small jib. On this project we used the heavy duty Grip Factory Munich Mini Jib. It provides perfect balance and is small and sturdy enough to be squeezed into almost anywhere. You get the most moves needed for the good visual flow out of it without having to resort to slider or dolly. Of course we had both at hand as well because... you just never know. 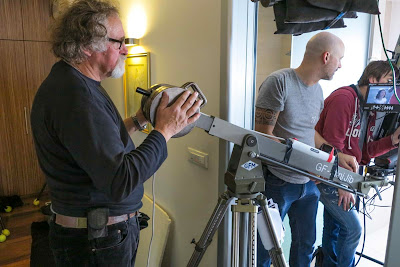 The little girl's name is Talina and her mummy is played by Sara Jereb, one of Slovenia's most successful top models. After hours and hours of work Talina was still smiling and being a real trooper. She enjoyed the final part of the shoot the most - the one where she had her hand painted red and slapped her TV mom on the booty. We got batches and batches of great takes we unfortunately had to leave out in editing - with so many good shots, you simply cannot squeeze them all into a :27, :45 or even a minute-long commercial. 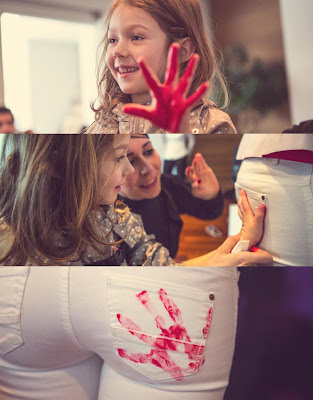 The weather was not cooperating. We planned the last scene to be filmed outdoors but the forecast suddenly changed on the night before the shoot, calling for heavy snow. This year's winter in Central Europe was terrible, sporting only 9 sunny days in three months. Shooting on the following day wasn’t an option (as it turned out the next day was beautiful and sunny), but instead of worrying we just decided to film the last scene indoors. We could have brought the firemen and made a "despite everything" outdoors shot, but sometimes limitations imposed on you bring out creative solutions one inadvertently overlooks in the planning process. 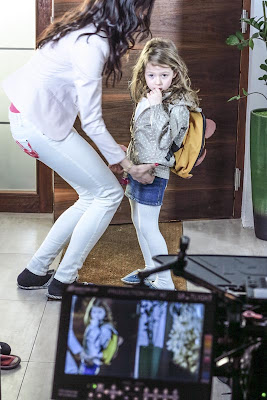 A lot of time went into post-production - tracing, decoloring and selective grading of the footage. It was a difficult job and despite the deadline it was done with great skill and perfection. 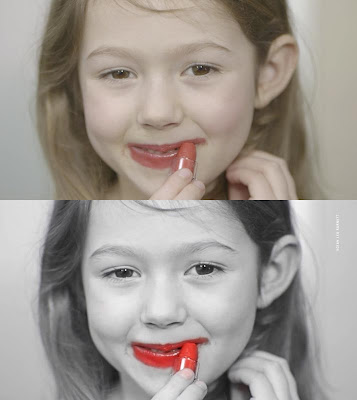 The FINAL TV AD aired 17 days after the wrap. The :22 version is cut for TV and the :27 version for the internet. There is a billboard and print campaign to accompany the TV ad and you can see it below. Hope you enjoy the campaign as much as we did making it. 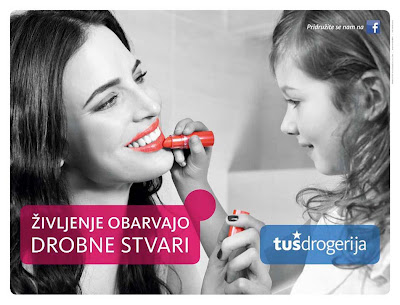