(Scroll to the end of the article for behind the scenes video.)

At the end of 2013, the Apo Distagon T* 1.4/55, the first member of the new high-end SLR family of Zeiss lenses came on the market. The most important goal in developing this lens was to achieve a “no-compromises image quality”.  Imagine something like a Zeiss Master Prime that you can mount on your DSLR and you will get the idea. 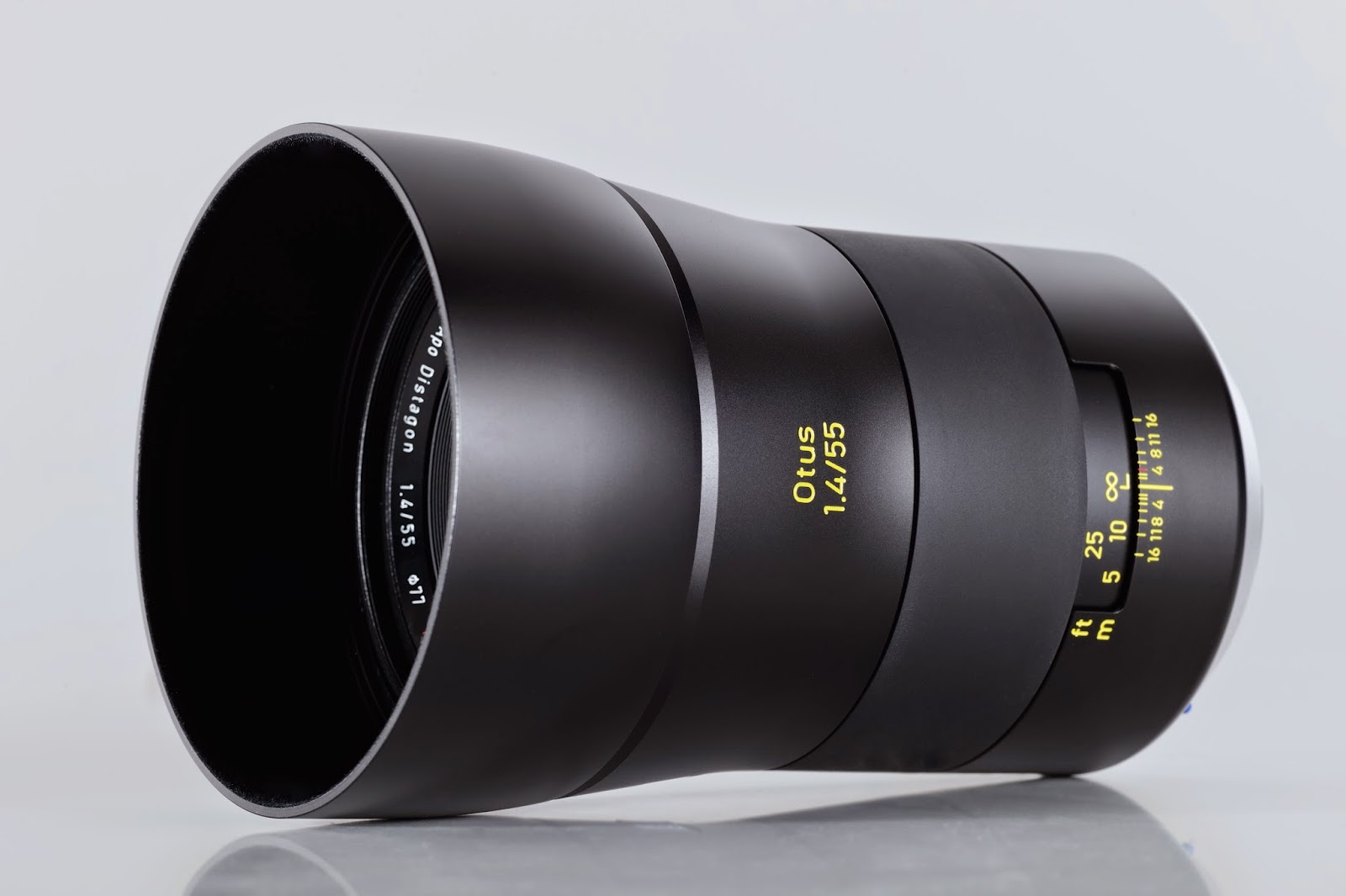 As Zeiss tells us, the Otus 1.4/55 contains all the expertise and experience of more than 120 years in the field of optics and mechanics. Only the best materials and the highest-quality glass were good enough for a lens whose development was driven by one thought at every phase: offering the best-possible results when used by sophisticated photographers. And it is made in Japan! 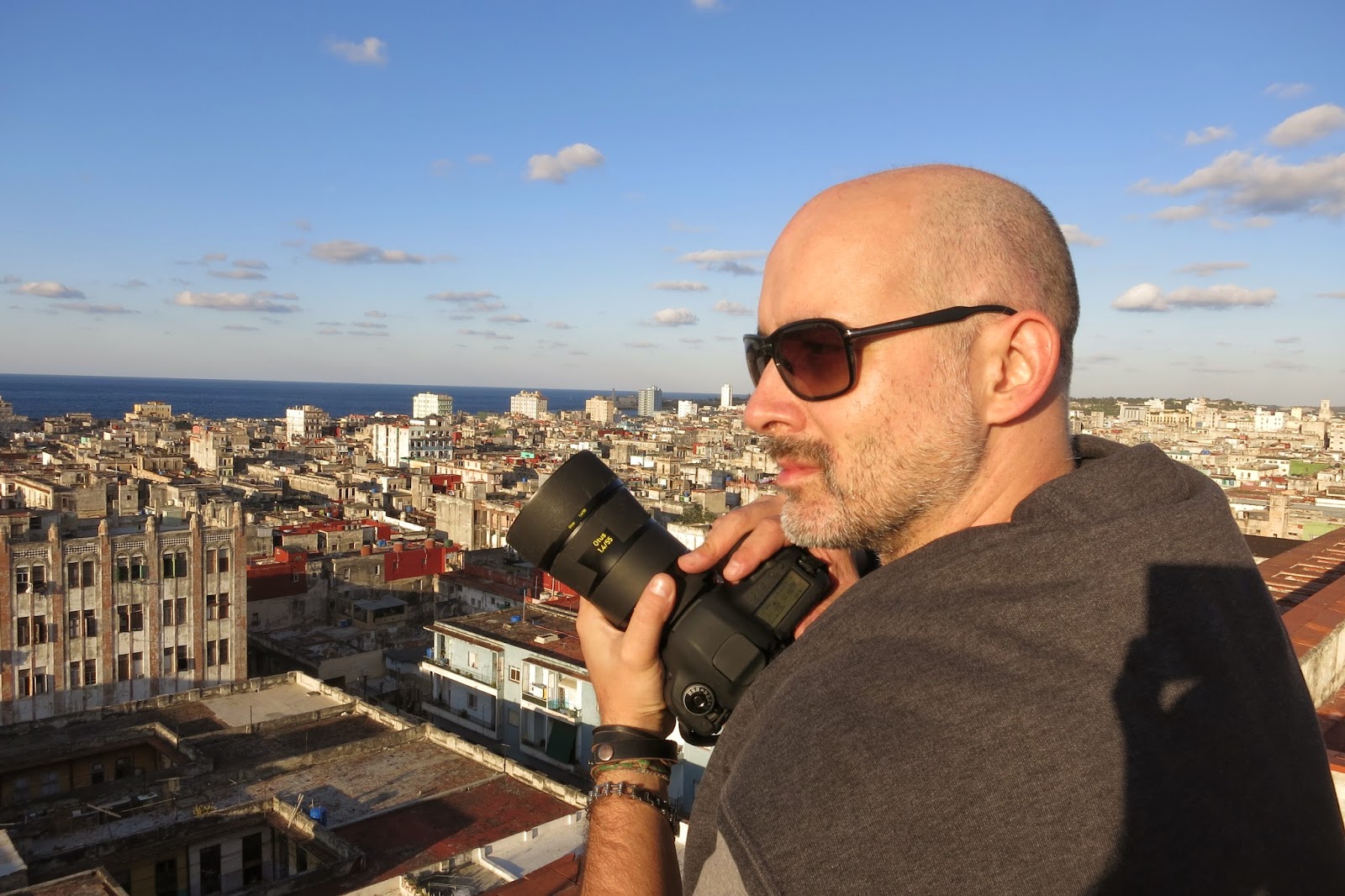 The scops owl (Latin: Otus scops), the same one you know from Candy Crush Saga, is the name giver for this new family of lenses and thanks to its superb sharpness, ultimate image contrast and almost complete absence of chromatic aberrations the perfect image quality can be achieved even when shooting wide open. This lens truly sets a new standard, whether it is used in advertising, fashion or studio photography – with no compromises when rendering the details in an image. 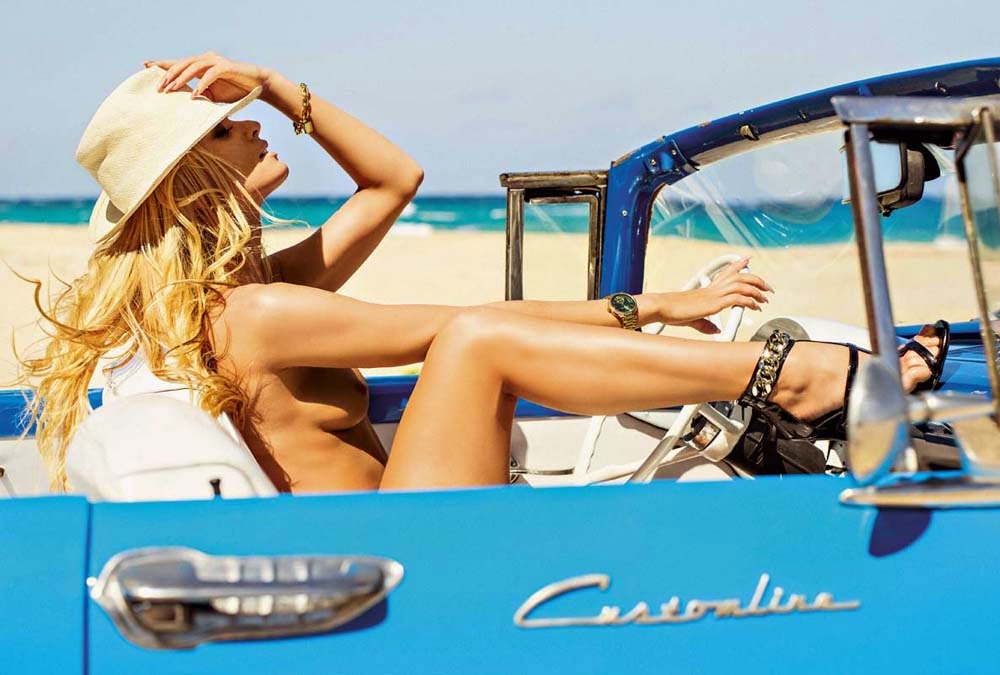 I was fortunate enough to get the Otus for a test drive directly from Zeiss in time for my trip to Cuba. I was pondering my lens choice for a Playboy pictorial shoot and finally decided to take just the Otus 1.4/55 and my equally stunning EF 70-200/2.8L II from Canon. The latter would come in handy for that Sports Illustrated style Caribbean cover look. 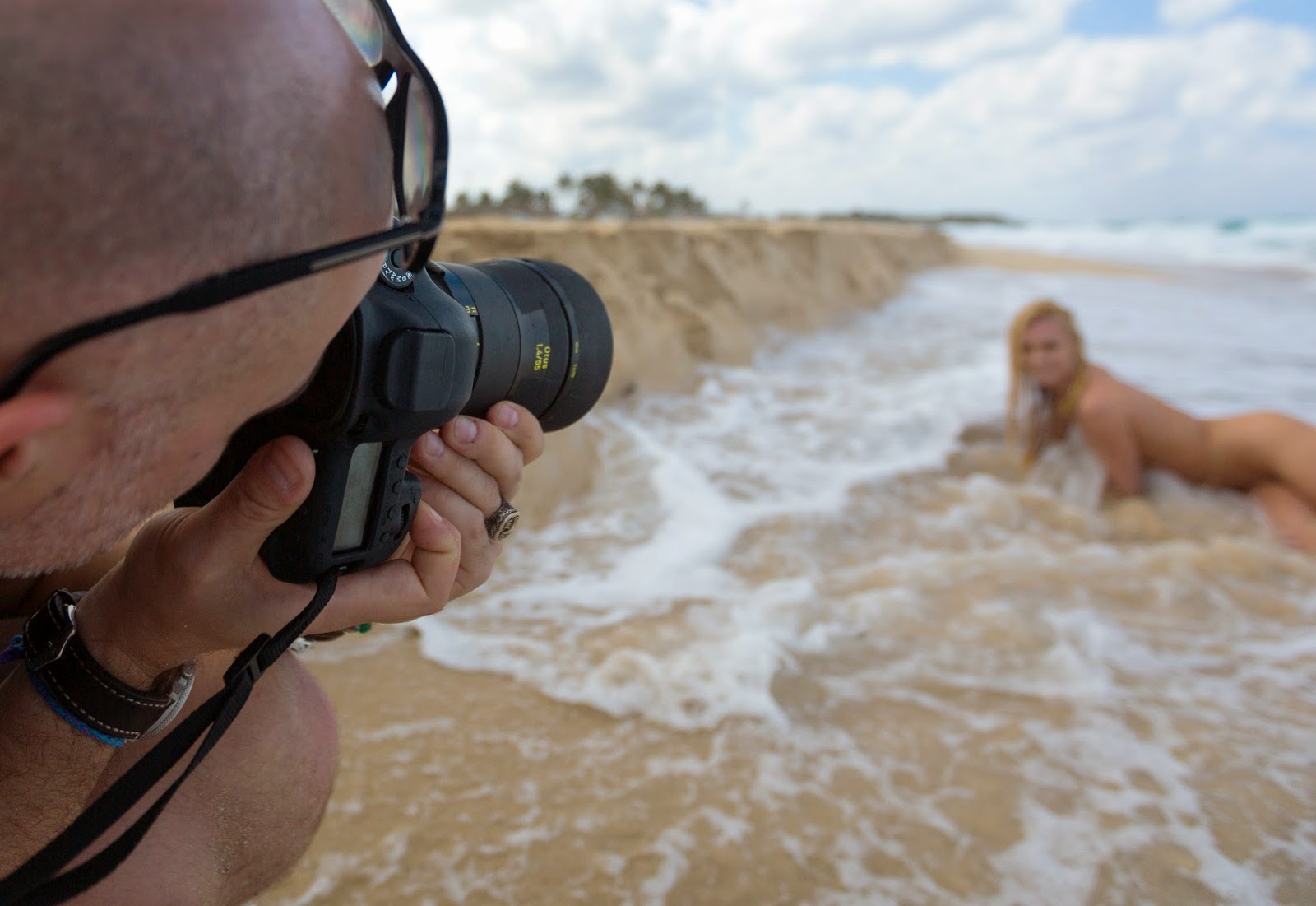 The Otus proved to be an absolute jewel. No difficulties whatsoever with manual focusing (kudos also to Canon's ultra handy focus confirmation signal), flawless performance wide open, amazing build quality and solid grip thanks to the wide rubber focusing ring. I liked the lens so much (the standard focal length is my favorite) I ended up shooting the whole Playboy pictorial (12 final photographs) with just the Otus. Portrait shots, wide shots, everything. My EF 70-200/2.8L II was used only for the cover image. 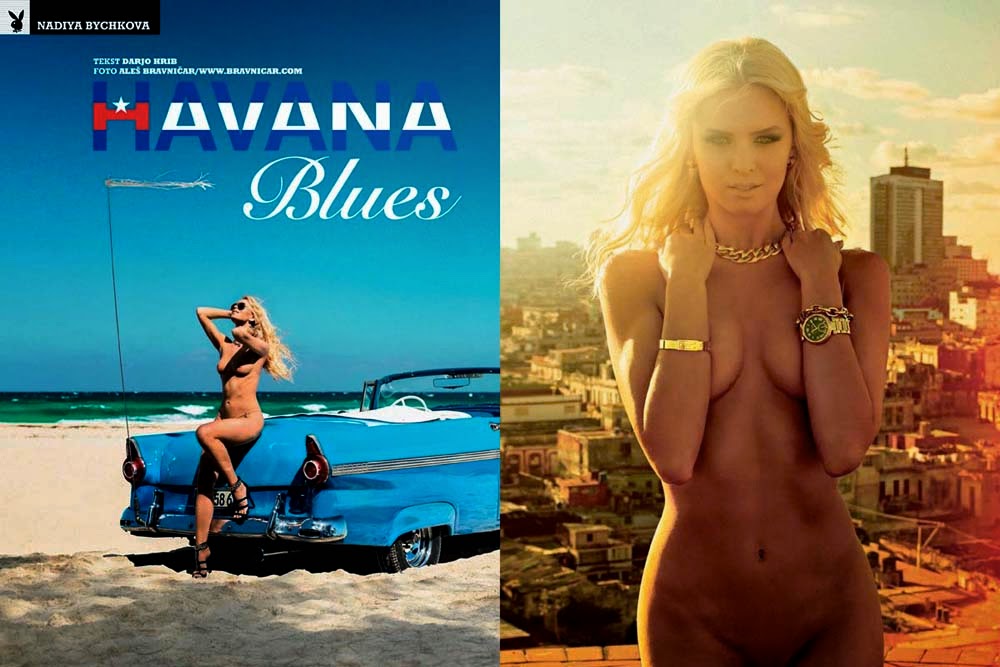 The steep price for an all-time manual focus lens surely is a bit painful. But it only hurts once. When you see the sharpness and the beautiful rendering of details on your photographs that pop out in what can only be described as the Zeiss look, the pain will be forgotten. As I write this the Otus must be the single best piece of glass with an EF mount and electronic contacts I can mount on my Canon. 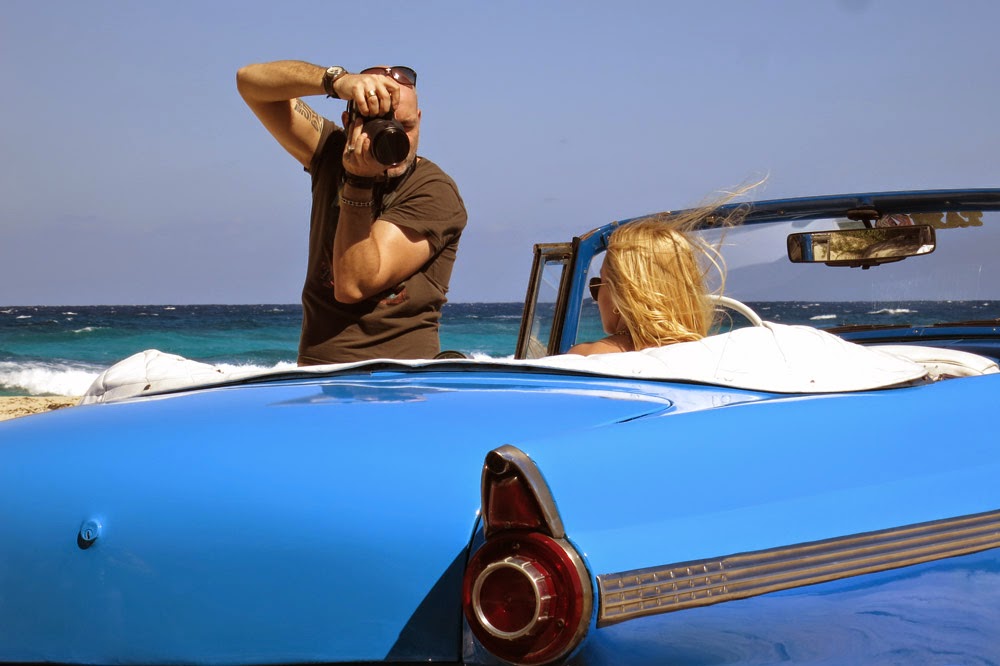 The most asked question about the Otus line in the photographic community was, why on earth just manual focus? Zeiss would never have achieved such precision had they incorporated the AF mechanism. They say it could only be done with a manual focus lens. At almost $4.000/€3.500 and weighing slightly over one kilogram, this lens certainly is not for everyone. As somebody somewhere put it, 99% of photographers will not understand the philosophy behind the Otus. But Zeiss builds them for that 1% who do... 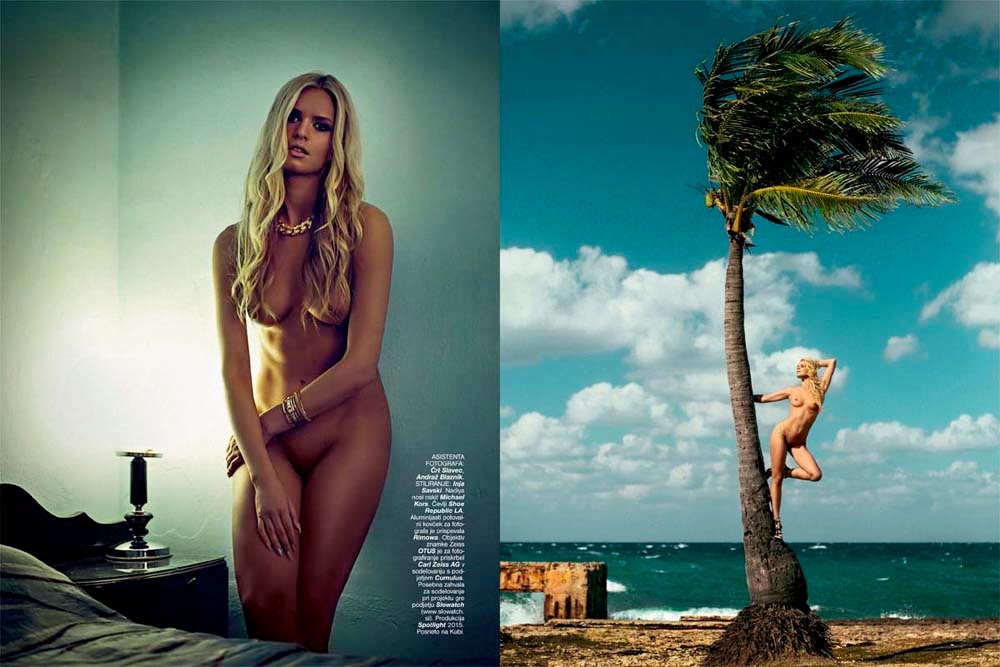 SEE BEHIND THE SCENES VIDEO WITH NADIYA BYCHKOVA HERE.