KILL-WHAT?
Heinz Kilfitt was born in Germany in 1898. He spent his early youth repairing watches and became famous designing the spring motor "Robot" cameras with a design that shocked the competition - even the folks at Leica. 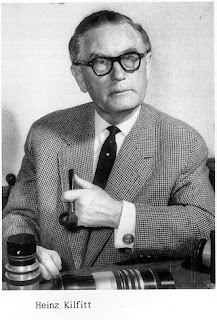 The Kilfitt Company started in Munich, Germany in 1941 but in 1947 he founded the company Kamerabau-Anstalt-Vaduz in Liechtenstein, where they developed THE WORLD’S FIRST 1:1 MACRO LENS, the Kilfitt Makro-Kilar 3.5/40mm in 1955. There was no need for the bellows anymore - you could go from infinity to true macro just by rotating the lens barrel, almost 360 degrees. 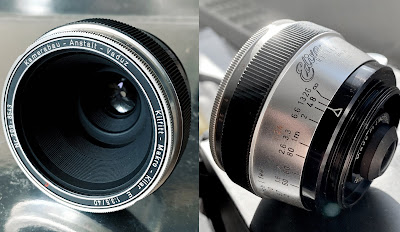 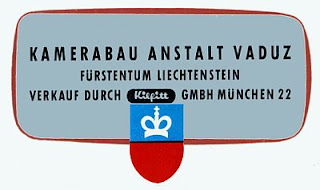 His firm Kilfitt München (which employed more than 100 people) was also known for the innovative series of telephoto, and macro zoom (!) lenses from the 1950s and 1960s. Kilfitt was in 1959 even contracted to manufacture the groundbreaking 1960 Zoomar 36-82mm lens for Voigtländer - the world's FIRST PRODUCTION ZOOM for 35mm still cameras. It was  originally made in Voigtlander Bessamatic mount, produced in the Munich Kilfitt factory -- as were most Zoomars up until 1971.  These lenses later got INTERCHANGEABLE LENS MOUNTS as a novel idea for the many cameras available. According to some sources Zoomar ended commercial production in favor of US military in 1986. 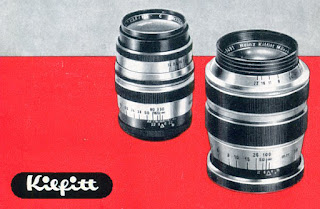 Not only did Heinz Kilfitt make and TEST every lens before it left the factory, he also designed cameras as mentioned earlier.  Robot (1934, sold patent to Hans-Heinrich Berning), Mecaflex (in cooperation with METZ) and the Kowa Six are all his designs. He was known (but not known enough) around the world, even in Hollywood’s dream factories - there was even an Arriflex mount for his lenses and Stanley Kubrick was a fan of his 90/2.8 Makro-Kilar. 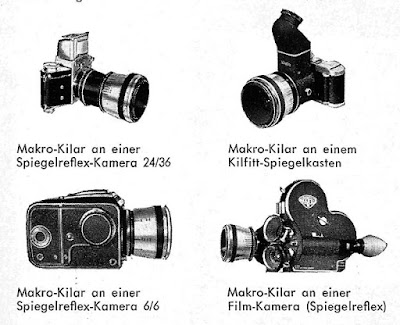 When Kilfitt retired in late sixties, he sold his factory to Dr. Frank Gerhard Back with the new Zoomar headquarters in Glen Cove, Long Island (NY). He died in 1980.

(Historic photos used in this article are solely for academic purposes - fair use).