In a small village of Begunje, tucked neatly under the steep hills deep within the mountainous Gorenjska region of Slovenia, next to pretty old red roofed houses and churches lies the headquarters of Elan company. 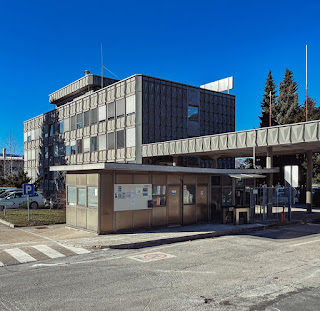 Elan is a ski manufacturer from Slovenia every local knows very well. Slovenian kids are “born on Elan skis”, as the national saying goes. The company that graced many world championships and became world famous when skiing ace Ingemar Stenmark won three consecutive World Cup titles on Elan skis has over 75 years of experience hand-crafting the best skis in the world for individuals, families and pros who live the skiing lifestyle. 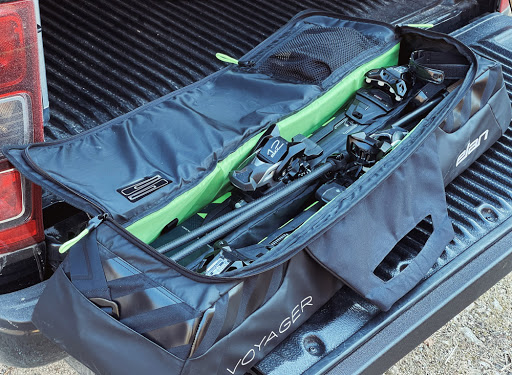 Guess who came up with carving? Yup, the laurel arguably goes to Elan for that invention. Earning praise year after year in test results and design awards, Elan’s innovative products are a reflection of the brand’s heritage and dedication to not just building skis, but building BETTER skis. The next milestone after the invention of carving – Elan engineers Jurij Franko and Pavel Škofic experimentally adjusted sidecut and developed a physical model which was released with a tight 15m radius back in 1988 – seems to be the introduction of the Voyager: the world's first folding, all-mountain skis that proudly say in capital letters: »Handcrafted in the Slovenian Alps«. 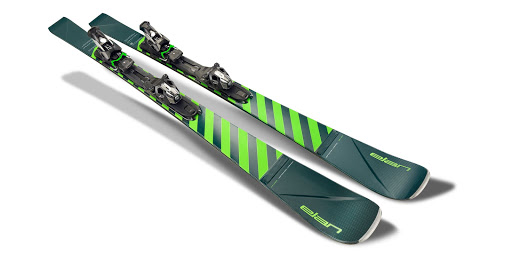 The secret of the Voyager is Elan's Connect tech, using a four-axis mechanism that bonds the ski at the folding joint. Carbon-reinforced fusion plate plus the mentioned mechanism serve as a load-bearing platform and support, working together to provide what they call »torsional rigidity« for superior performance. The skis come in three sizes: 160cm (packed to 87cm with 12.6 radius), 166cm (packed to 89cm with 13.7 radius) and 172cm (packed to 93cm with 14.9 radius). 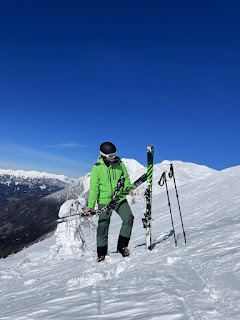 The Voyager is super convenient to transport. It simply folds in half and quickly packs into its own custom bag, skis facing opposite sides.  The Voyager allows you to bypass the search and hassle at the oversized luggage belt at the airport and to skip tedious rental shop queues.  It is easy to take the skis to and from the cabin ski lifts, and at folded length under 1 meter, the Voyager stores just about anywhere, even in a 911 Carrera Cabriolet or that tiny Car Share city vehicle. 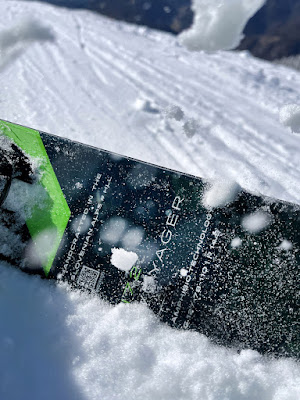 The Voyager thus easily tackles anything an experienced skier can throw at it without compromising on performance.  It can easily handle any ski conditions from a day out with the family to a day of carving up groomers, floating through powder and attacking moguls. It even looks stylish next to a group of snowboarders in onesies doing some sick shredding. 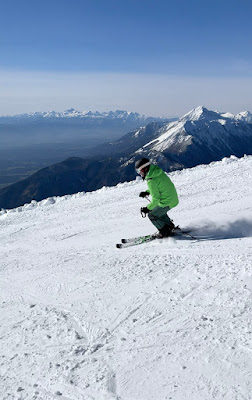 My full day experience with the skis was very, very positive. Voyager construction seems to tick all the boxes of a solid ski and this goes some way towards justifying a relatively steep price point. It’s also very cool in the slightest bit of slush – you know, those warm weather, sunny thaws. The construction comes at no cost to the on-piste performance, which is absolutely on point. Voyager skis genuinely are a strong all-rounder and for that reason would be a superb choice for pretty much any on-piste skier but the most die-hard pro. A creative approach for those who see the mountain as a playground, as someone once said. 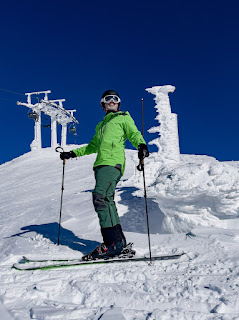